Mireia Fernández-Ardèvol appeared in a television program of the Catalan national television, TV3. The show “Els dies claus” (“The key days”) broadcasted on Monday, November 2nd an episode called “13 de març del 2004: ‘Pásalo’ i les manifestacions contra el PP després dels atemptats d’Atocha” (“March 13, 2004: ‘Pass it on’ and the demonstrations against the Popular Party after the terrorist attacks in Atocha”).

The show, of a historical nature, dedicated this episode to review the evolution of digital technologies in the last decades, and the role it played in the aftermath of the terrorist attack at the Atocha train station in Madrid in March 13, 2004. In the episode, several experts in digital technologies and mobile communication, Mireia among them, provide reflections on the events occurred after the attack, in which the ruling party at the time, the Popular Party (PP), attempted to benefit from this event in the coming elections by mistakenly attributing the attack to ETA (the armed Basque separatist organization). Stemming from this event, the episode examined the subsequent developments of these technologies and how they shape (and how they are shaped by) people’s everyday life activities. 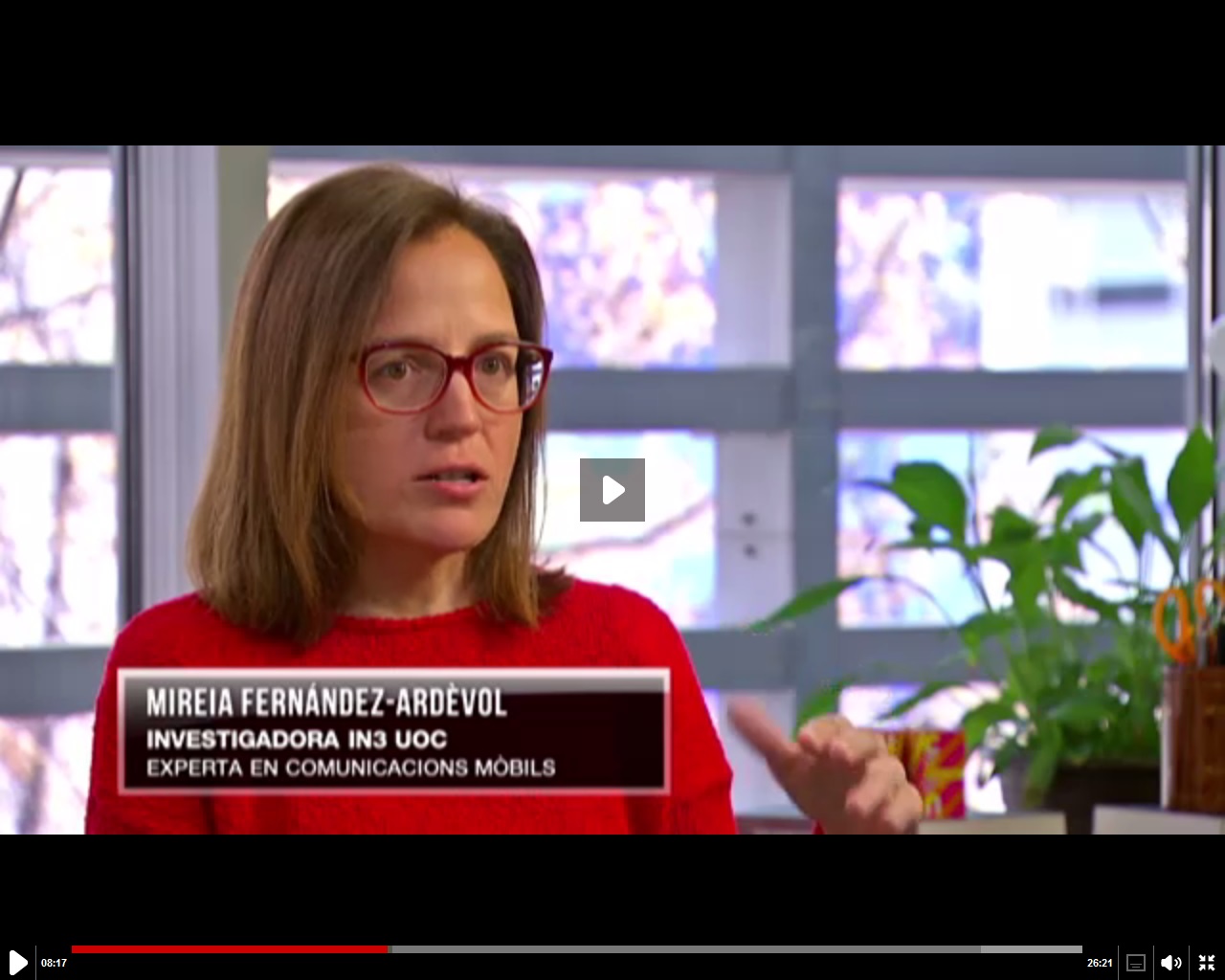