He has a degree in psychology from the University of Malaga. He has been an activist for a host of political and communicative movements such as La Casa Invisible, narrow Indymedia, the office of social rights, the nomadic university, redEuroMayDay, real democracy and (initiator platform 15M movement of the indignant), 15MpaRato. Javier is an autonomous researcher in psychology, philosophy, politics, and technology.

He has spent the last year working on the transformation of subjectivity and forms of collective action and organization in the network society and new forms of digital participation and networked democracy.He also works with technical data analysis and social networks and is interested in technology relationships, emotions, collective intelligence and complex systems.

A co-founder of free and self-managed network and group N-1.cc @ datanalysis15m that deals with network analysis, Internet communication. He has been a member of X.net, FCForum ( an international forum of free culture). I was busy working on various projects in the revitalization of the digital network participation and democracy. Professor of the courses ‘Radical community manager’, specializing in social networking, communication and policy tools to organize and form on the Internet.

He is a member and works for the research group “Movements, networks and techno-political” of the UOC, in high school interdisciplinary Internet Barcelona. Responsible for the European project D-CENT at the UOC. He has published along with other authors the book: Technopolicy, Internet and R-evolution, on the centrality of digital networks at 15M. Also in the collective book of nomadic university ‘distributed Democracy’. He has published a study on Technopolicy and 15M: the power of crowds connected to the UOC / IN3 (forthcoming as a book).

Among his research interests are the science of networks, data and theories of applied and combined with theories of communication and collective action complexity. Philosophy and political theory. The analysis of the emotional issues and subjectivity embedded in the network changes in society and within the political processes of change.

Since 2011 studies network movements in different parts of the world. He has worked with researchers and activists revolts ranging from the Arab Spring, 15M, Occupy movement, the # YoSo132 Mexican revolt Gezi the park or #OccupyGezi in Turkey and revolts June 2013 in Brazil #VemPraRua. I is also working on networking movements in Hong Kong also known as #UmbrellaMovement #OccupyHongKong 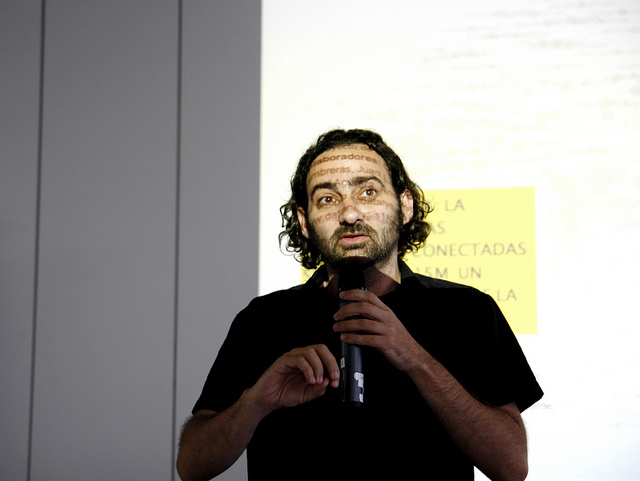