In the context of a new edition of the Mobile World Congress (MWC) celebrated every year in the city of Barcelona, Mireia Fernández-Ardèvol was interviewed in some Catalan and Spanish mass media last February. Mireia provided her view on different topics revolving mobile technologies with a particular focus on older people usage of digital media, particularly the smartphone and WhatsApp.

Mireia offered her expert opinion to one private radio station (Cadena Ser), a public television broadcaster in Catalonia (TVE Cat), and a public television channel with a broadcast area that includes Spain and Latin America (TVE 24H). These media appearances took place between February the 24th and 28th. 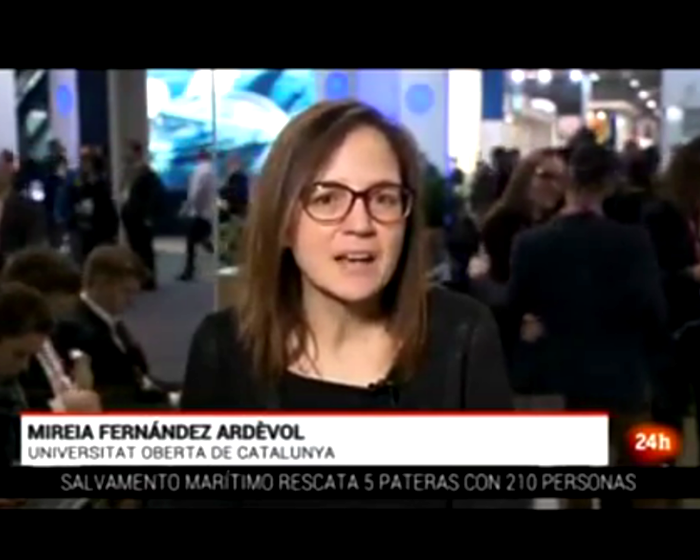