The Iaioflautas movement in Catalonia: A seniors’ networked social movement.

In the last decades there has been a growing attention on the topic of political participation in the later life. Yet, there is still a lack of research on older people’s participation in social movements and the meanings of their involvement. Within the current context of protests, particularly in the 15M-Indignad@s movement, the Iaioflautas appeared. Founded in Barcelona in 2011, the Iaioflautas (“flute-grannies”) is a networked social movement that gathers older activists who wish to give voice to their demands in a non-institutional organization. Their identity revolves around two main concepts: they are old people, and they are Indignad@s.

Drawing from contributions of the social movements’ literature, this paper aims to describe the Iaioflautas protest movement from the perspective of highly engaged members and to identify its salient characteristics. Information was gathered by means of semi-structured interviews with 15 active members of the organization in Barcelona. The main findings are, first, Iaioflautas responds to organizational forms of the new networked social movement, which represents an organizational change in diverse ways. Second, Iaioflautas aims at specific and socially oriented goals, allowing heterogeneity and preventing self-driven interests. Third, the fact of being mobilized older adults as well as their characteristic joyful and cheerful ways yields them great social approval. Fourth, participants are gradually increasing their adoption of ICTs for organizational and personal purposes. Lastly, Iaioflautas share significant similarities with another older adults’ social movement –the Raging Grannies from Canada and the United States. 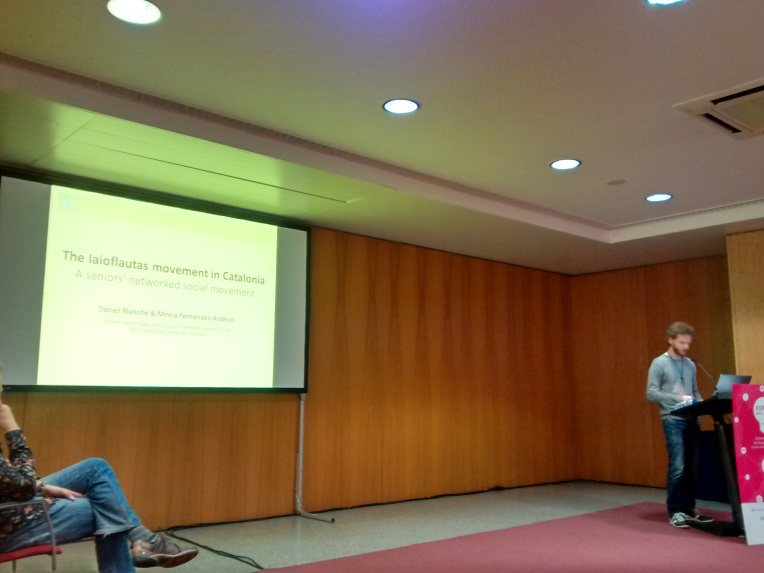